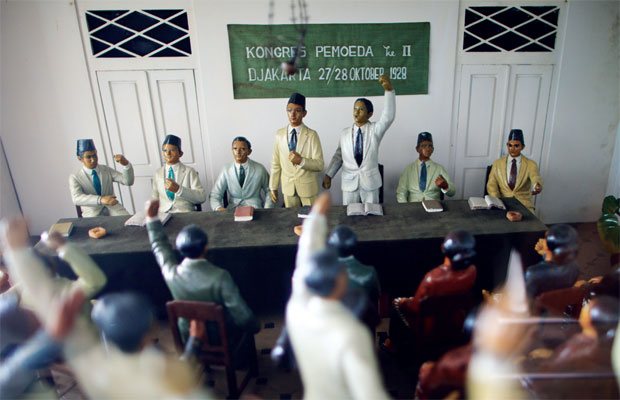 A Pledge To Unite

Indonesia has just commemorated Youth Pledge Day, known as Hari Sumpah Pemuda, on October 28, 2021. The Youth Pledge is one of the landmark events in the struggle for independence of Indonesia. 93 years ago, on October 28, 1928, representatives from all over the then-Dutch East Indies (now Indonesia) gathered in Jakarta. During this event, they developed an understanding that five elements could strengthen their will to unite: history, language, customary law, education, and will. That understanding later brought them to an oath that they recognized only one Indonesian motherland, one Indonesian people, and one Indonesian language.

These modern days, we can expand the meaning of the pledge to be united as a whole world. Your skin color, belief, and language aren’t a barrier to being united with others. We must believe that we, as a human, are born free and equal in dignity and rights as written in the Universal Declaration of Human Rights. We can do many things to make the world a better place for all of us; education is one of them. It is also written in the Universal Declaration of Human Rights that everyone has the right freely to participate in cultural life of the community, to enjoy the arts and to share in scientific advancement and its benefits. As informatics enthusiasts, we can start by helping fulfill others’ rights by giving others knowledge about the importance of computational thinking, which is essential to understand in these days full of problem-solving. We can have the same spirit as all the youth from the Youth Pledge and say an oath that together we can help those unprivileged enough to have computational thinking being taught during their pupillage.

Let’s spread love, be together, and build a better world.