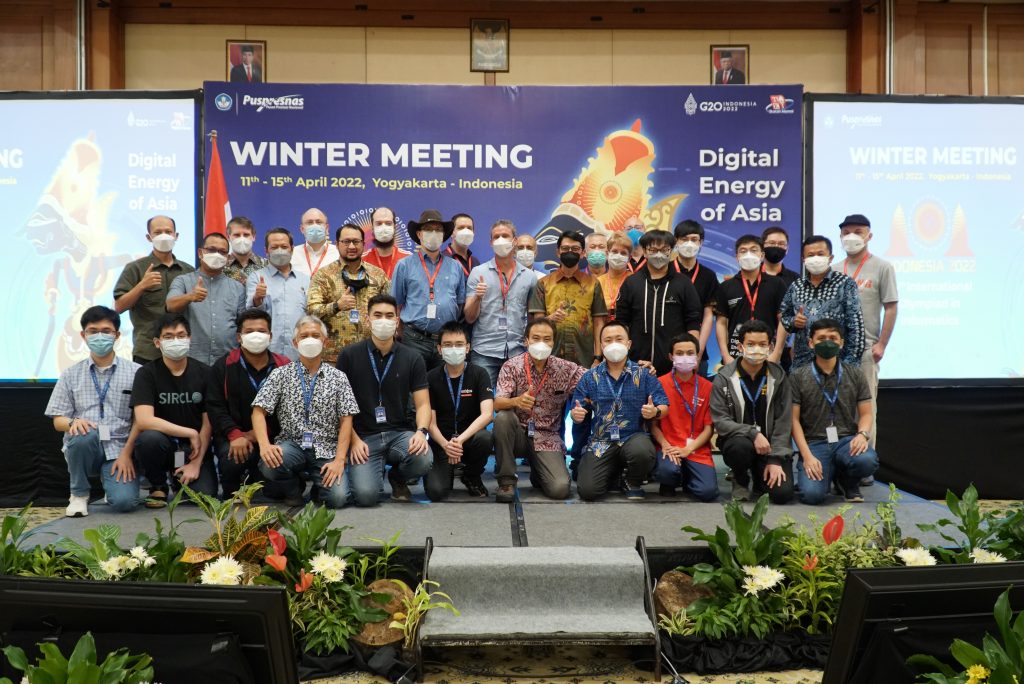 The Ministry of Education, Culture, Research, and Technology of the Republic of Indonesia welcomed the arrival of the Committee member from 10 members countries who attended the International Olympiad in Informatics (IOI) 2022 Winter Meeting in Yogyakarta, Indonesia from April 11th to 15th, 2022. Seventeen participants conducted the meeting at the Hyatt Regency Hotel in preparation for IOI 2022 in August 2022.

In 2022, the 34th IOI will be in Indonesia, based on its appointment in the 2018 IOI in Tsukuba, Japan. The Winter Meeting attended by the International Committee (IC), International Technical Committee (ITC), International Scientific Committee (ISC), and the organizing committee is a compulsory meeting required to be conducted six months prior to the IOI event, with the objectives to discuss IOI 2022 implementation plans and to ensure the host readiness in organizing the competition as well as providing recommendations pertaining to its implementation.

The implementation of IOI 2022 in Indonesia is a collaboration between various parties, from the Center of National Achievement under the Ministry of Education, Culture, Research, and Technology to the Alumni Association of the Indonesian Computer Olympiad Team. The ten-member countries participating in the International Committee include Australia, Singapore, Indonesia, Hungary, Egypt, Latvia, Brazil, Macedonia, Chile, and Azerbaijan.

The President of IOI, Benjamin Burton, expressed his confidence that the next IOI will be well organized. He also conveyed his appreciation for the unique decision to bring back the community to organize offline IOI after two years held online during the pandemic.

At the official opening Winter Meeting ceremony, Asep Sukmayadi, the Acting Head of the Center of National Achievement, emphasized that the goal of IOI’s event is not merely to win medals but more importantly to develop education in the field of information technology for the younger generation and increase students’ awareness of global action in voicing the goals of sustainable development, the Internet of Things, Big Data and The Metaverse Era, which is expected to be realized thus providing benefit to people all around the world.

IOI is an annual agenda in the field of informatics aiming to increase interest and talent in the fields of informatics (computational science) and information technology by gathering talented students from various countries. Indonesia has been participating in this activity since 1995 at the 7th IOI in Eindhoven, the Netherlands.

Benjamin Burton, the President of IOI from Australia, expressed his impression of Yogyakarta as a beautiful city with wonderful people. Meanwhile, Agnes Erdösné Németh from Hungary was delighted to be able to attend and witness the preparation for the upcoming IOI, bearing in mind that Hungary will be the next host of IOI in 2023.

As an effort to ensure Indonesia’s readiness as the host of the 34th IOI in August 2022, on the second and third day of the Winter Meeting, the International Committee, the International Science Committee, and the International Technical Committee visited Prambanan Temple, the Indonesian Institute of Arts Yogyakarta and the Yogyakarta Royal Palace as part of the excursion IOI program. This series of activities was then ceremonially closed with a dinner at Balai Raos, an open public royal restaurant owned and attended by GKR Hayu, the princess and daughter of Sultan Hamengku Buwono X. In her speech, GKR Hayu expressed her appreciation for the honor entrusted to her as the first woman appointed as the General Assembly Chairwoman of IOI. With her educational background in IT, GKR Hayu is also head of the new IT division at the Yogyakarta Royal Palace. She is responsible for digitalizing paper-based royal manuscripts. She further explained, the contrary belief that technology tramples culture, in fact, it can be used to preserve it instead.

Benjamin Burton, the President of IOI from Australia, expressed his impression of Yogyakarta as a beautiful city with wonderful people. Meanwhile, Agnes Erdösné Németh from Hungary was delighted to be able to attend and witness the preparation for the upcoming IOI, bearing in mind that Hungary will be the next host of IOI in 2023.

The participants of the Winter Meeting offered recommendations pertaining to the implementation of the IOI 2022 as an effort to anticipate various technical and non-technical problems that may arise. Hopefully, with excellent preparation and hard work from various parties, IOI 2022 is expected to run smoothly.

The international committee members started their last day of the IOI 2022 Winter Meeting with a final meeting session, followed by the Closing Ceremony. During the ceremony, Rizal Alfian delivered his reports, as the representation of the host of IOI 2022. Benjamin Burton, the President of IOI, and Asep Sukmayadi, the Acting Head of the Center of National Achievement delivered their closing speeches. Afterward, the international committee members headed to the Borobudur Temple. With this last site visit, the entire series of activities in the IOI 2022 Winter Meeting was running smoothly and successfully.